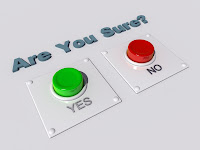 As usual Bradford Council is building on Greenfield sites, no one wants it, and they are ignoring the opinions of locals.

"Campaigners are angry that a major decision on a 400-home development on green fields near Bingley will be made in Bradford rather than the Aire Valley.

Greenhill Action Group (GAG), which is fighting the proposals, said there had been assurances from the Council that the “hugely important” decision would be made at Bingley Arts Centre."

This is exactly the sort of thing that we at UKIP Bradford have been saying for years. "Consultation" efforts are generally pathetic, and there is very little input allowed from concerned local people.

We would revolutionise the planning application process and put power back into the hands of the people.

UKIP would give local areas a vote on major housing schemes and big developments.

This would then force the Council to actually communicate their ideas to local people in an open and frank way, and not hide like they are doing with Bingley.

A major development, especially on a Greenfield site, would be very open to a referendum petition under a UKIP Council. All a local group (or an individual) would have to do is officially sign up 5% of the electorate in the local area (and have the names and addresses confirmed by the authorities at the Council) and that would trigger a local referendum.

We are sick to death of seeing people ignored with planning decisions, and we in UKIP Bradford want to blow the whole process open.
Posted by Jamie Illingworth at 10:13 No comments:

UKIP 3rd party in the North 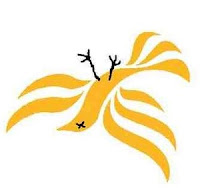 Over at the Yorkshire Post, it is reported that UKIP is beating the Lib Dems in the north of England. Good news going for forward for the local elections next year - hopefully we can make more big gains in our target seats in Bradford!

"THE UK Independence Party is now more popular than the Liberal Democrats among voters in the North, according to a stark new opinion poll.

The Tories won a string of seats across Yorkshire at the General Election, while the Lib Dems won Bradford East but lost Harrogate and Knaresborough.
However the results of the opinion poll suggest Northern voters are less happy with the coalition than people elsewhere in the country.

Godfrey Bloom, UKip MEP for Yorkshire and the Humber, said: “This poll means we are now the third Party in the North and it also demonstrates that the UK Independence Party is way ahead of the Greens and other small Parties.”

http://www.yorkshirepost.co.uk/news/at-a-glance/main-section/ukip_overtakes_lib_dems_in_north_1_3506419
Posted by Jamie Illingworth at 07:44 No comments:

Fed up with U-turns?

Although welcome, news that the Coalition is shelving its plans to halve sentences for the most serious criminal offenders marks yet another U-turn by the government.
First a hike in VAT provided taxpayers with an unexpected bombshell. Then we find out the Government tried to keep quiet its amnesty for a quarter of a million failed asylum seekers.

On law and order the Government has become a national embarrassment.

Justice Minister Crispin Blunt has bent over backwards to put the rights of prisoners first. Whoever would have thought a Conservative (sic) would dedicate time and resources to organising prisoner parties, IVF treatment for those inside and votes for some of the most dangerous people in the UK?

With UKIP you know precisely where we stand, our principles abide by what works best through letting the British people have more money in their pockets, more choice in services and the freedom to live in a safe, democratic society.

For example, UKIP believe in letting families have the choice of sending their children to a grammar school as well as giving communities across the country the option to create new grammar schools. But the assault continues in Tory heartlands to phase out the best tool for social mobility the UK has ever seen, with only UKIP committed to defending the institution.

On law and order, UKIP would unravel New Labour’s Human ‘Rights’ legislation that puts the interests of offenders ahead of those who abide by the law and form the overwhelming majority of our society. UKIP would not let a single foreign court or institution instruct a sovereign parliament on what it should or shouldn’t do.

No prisoner votes. No soft sentences. Not difficult, is it?

Finally there’s the pound in your pocket. Britain is in unsustainable levels of debt. But the Coalition is sending more of your money abroad each year and chasing away job creators by hiking taxes.

Over this parliament, we will have spent more on foreign aid and EU membership than the entire government cuts package. In return, the British people get higher bills and more taxes.

A vote for UKIP is a vote to end wasteful spending and a start to digging Britain out of the trench of debt we find ourselves in.

Fed up of U-turns? Vote UKIP and make a real difference.
Posted by Jamie Illingworth at 10:00 No comments:

"Business leaders in Bradford have thrown their support behind the city’s bid for enterprise zone status.
Bradford Chamber of Commerce said an enterprise zone could be the catalyst for major investment, creating jobs and regenerating the city and wider region." - Which can be found in the T&A here and here.

With the farce of regeneration in Bradford and the lack of businesses investing in the city, thanks to the policies of successive Labour and Tory run Councils, Bradford has been left to decay. What we need is to give the local economy a kick start; with so few jobs around we need to make Bradford a place to do business!

According to the reports in the T&A, 5000 jobs would be created and £1 billion could be added to projects in Bradford.

Reducing the costs for business to set up in Bradford will mean new ventures being created and current ones will be able to grow. Both of these result in more jobs.

The Guardian reported that:
"The chancellor also said he would consider enhancing capital allowances for plant and machinery in the zones and announced that, for at least 25 years, all business rates growth within the zone will be retained by local authorities to support their economy."

Of course, this has been UKIP policy for some time as detailed in our local manifesto this year:
"Let councils control their own finances by keeping half of local business rates"
"Replace VAT with a Local Sales Tax, with a proportion going direct to councils"

This proposal would reduce costs for business, simplify planning laws and create jobs across the district. UKIP wholeheartedly supports it.
Posted by Jamie Illingworth at 14:19 No comments: 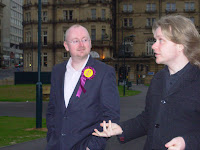 UKIP Bradford has come out in support of the Bradford Rail Users Group call for a cross rail link.

Mr Smith was impressed by the Cross Rail vision which would help revive the city centre as a cultural tourist destination and attract new businesses to the lower Broadway and little Germany quarter of the city."

Click here to see the story covered in the Yorkshire Post last year.
Posted by Jamie Illingworth at 13:21 No comments: