Sonja pledges to keep on fighting for the residents of Bradford 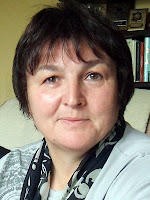 Sonja McNally UKIP Bradford West candidate in the by-election pledges to keep on working hard for the residents of Bradford.


“This was not a typical by election and clearly the result will send shock waves through the Labour party and our community.  I hope that the Labour council now listen to the residents and Bradford get what they deserve.”

“Clearly there is support for UKIP in Bradford and I would like to thank the people who took the time out to vote for me yesterday.  I am really proud to have been part of this campaign and to have given the people of Bradford an opportunity to vote UKIP and will now continue to work hard on behalf of our community and the fight will carry on for the local elections where I will be standing in the Heaton ward.”

“Apart from Galloway UKIP were the only party to increase their share of the vote which went from 2% to 3.3%, a pleasing result for the party when the other three main parties vote share significantly reduced.”
Posted by Jamie Illingworth at 17:53 3 comments:

Vote for the best for Bradford West - Vote Sonja McNally! 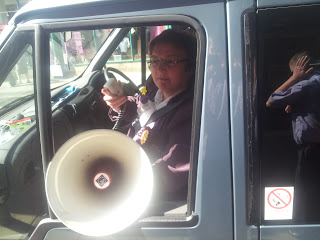 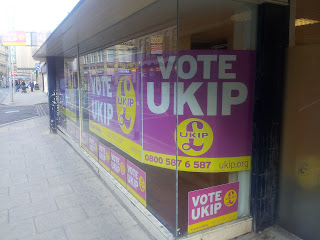 Sonja says:
"I want to thank every person who voted for me.  Your vote is not a wasted one, but is showing Westminster that UKIP is the only party that really cares for its people.

It gave Bradford West a local lass. I had no political agenda of my own, but I have the people's interest at heart.  I offered no empty promises, but only to fight to give the people the right to have food on the table, a roof over their head and some spending money.

And just one final thing; when the others return to their homes I will still be driving over those same pot holes as you and paying higher car insurance like you because of where we live."
Posted by Jamie Illingworth at 14:31 No comments: 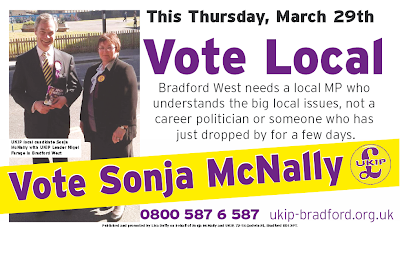 Posted by Jamie Illingworth at 15:14 No comments: 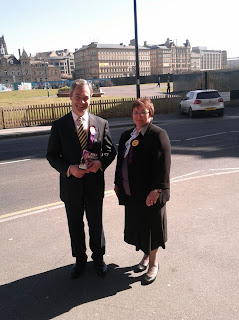 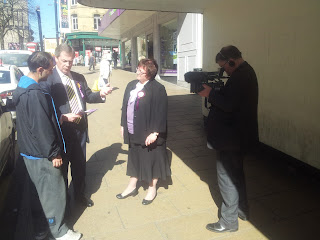 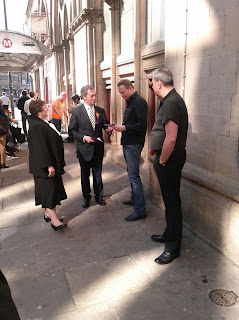 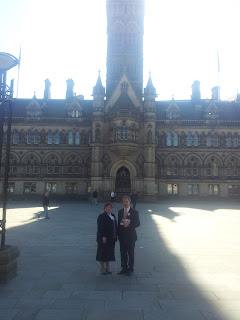 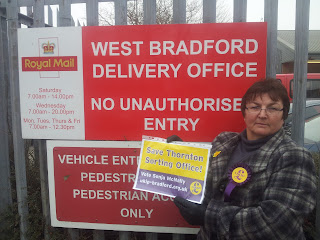 Sonja McNally UKIP Bradford West candidate continues to throw her support behind the campaign to save the Thornton delivery office.

"It's a disgrace that this vital service is being axed.   We've all heard in the past week about the threat to the Thornton delivery office.   If it closes, how are the elderly and disabled meant to get their packages?"

"Of course Royal Mail needs to rise to the challenge of modern technology, but Labour is the root cause for all the network closures in recent years.  They privatised the profitable business mail but left Royal Mail with the universal obligation to service every home."

Even Royal Mail admitted:  "changes were necessary as it faced ... tough competition from delivery companies" (T&A 25/01/2012)

"They also refused to directly fund the service.  That is why we saw Post Offices across Bradford closing.  It is also why we are now seeing the delivery office in Thornton closing."

"No wonder the other candidates have been silent on this issue as only UKIP can do anything to save our postal services.  Bradford West is not just about the city centre; there are people that live in outlying areas, and I will champion their causes just as much as the city."

Posted by Jamie Illingworth at 11:07 2 comments:

Looking at the proposals for beer duty, Sonja hits out at the lack of relief for local pubs:
“The Conservatives are adding 5p to the price of a pint which will put another nail in the coffin for the pub industry.”


“Pubs are the centre of Bradford’s villages and towns, acting like mini-parliaments where people can go to relax, meet their mates, and debate issues of the day in a safe environment.”

“Four pubs close everyday, which is killing local communities and destroying jobs – they need help! UKIP have run a save the pub campaign in Bradford for many years.”

Sonja will be joined by UKIP party leader Nigel Farage MEP on a pub crawl Sunday night to talk to publicans and customers across Bradford West about the future of their industry and local issues. 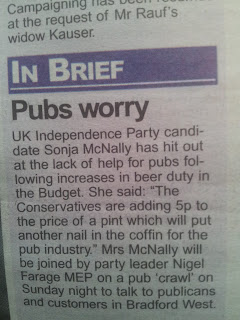 Posted by Jamie Illingworth at 16:16 No comments: 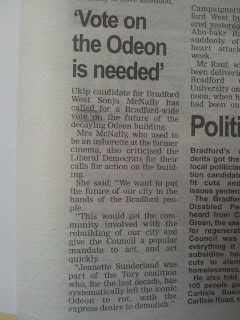 Sonja McNally UKIP Bradford West candidate has hit out at Lib Dem crocodile tears over the future of the Odeon.

The Lib Dems have been part of the farce of the Odeon, sticking with the Tories in the council coalition for the last decade, who have run-down the iconic building with the desire to demolish.  This policy hasn't changed under Labour.

UKIP have campaigned since 2007 to have a referendum on the Odeon - lets put the future of the city in the hands of people and actually get things moving! 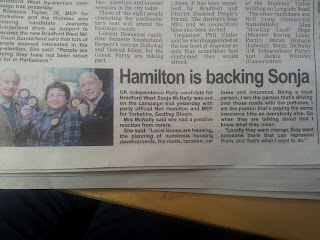 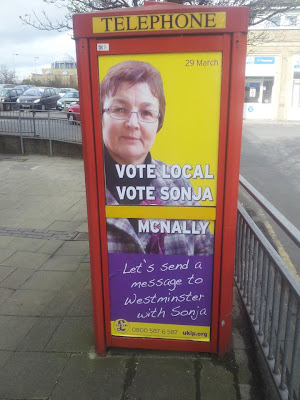 UKIP makes its presence felt in Bradford city centre - send a local lass to parliament!
Posted by Jamie Illingworth at 23:34 No comments:

UKIP Candidate for Bradford West Sonja McNally has spoken out about the ongoing saga of the Odeon demolition.


Speaking to the Bradford Telegraph and Argus, she called for a Bradford-wide vote on the future of the building:

We want to put the future of the city in the hands of the Bradford people. The best way to get regeneration moving in Bradford would be to have a district wide vote on the Odeon. This would get people involved with the rebuilding of our city and give the Council a popular mandate to act...and act quickly!

The Council and previous "regeneration" organisations have systematically left the iconic Odeon to rot, with the express desire to demolish.

UKIP activists also attended the "Hug the Odeon" event, in which many local people came to protest about the demolition of the building.

We would like to retain the Odeon or at least the facade - we don't want our city to look like any other generic city in the UK - and with the Alhambra, it shows Bradford as a distinct place with our own history and culture. But ultimately the future of the city should be decided by the people of Bradford themselves.

We have been campaigning for a referendum on the future of the Odeon for years. Back in 2007 UKIP was the only party to call for a referendum and attacked the failed regeneration policies of the Council: 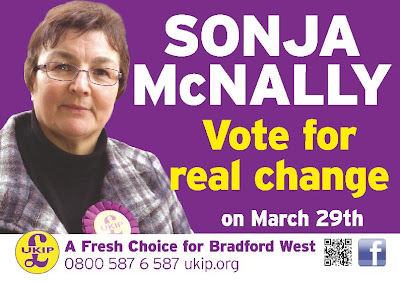 Posted by Jamie Illingworth at 09:08 No comments: 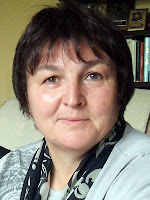 UKIP is pleased to announce that Sonja McNally will be its candidate in the forthcoming Bradford West by-election.


The married mum-of-two has always lived in the Bradford West area and has previously been a candidate and member of the Green Party.
Sonja has a solid track record in community involvement.

She is chairperson of community group Upper Heaton Working Together and is membership secretary of the Heaton Township Association.

The UKIP candidate was also a volunteer with Bradford Nightstop - an organisation that provides assistance and accommodation for 16 to 25 year olds who find themselves homeless.

Sonja has also been a Bradford Street Angel which saw her walking the streets of the city on a Friday and Saturday night providing assistance where needed.

She is a governor of Frizinghall Primary School and also of Feversham College - a voluntary aided specialist science school for Muslim girls aged 11 to 18 years.

Politically, Sonja was a member of the Green Party and stood as a candidate for the Toller Ward (Bradford West area) in 2009.

Sonja joined UKIP at the beginning of this year and said: "I am proud to be the UKIP candidate for this forthcoming by-election and represent a party that is offering a fresh choice in British politics.

"My track record in volunteering and community work means I know what matters to local people.

"Bradford West deserves a MP that cares about the area - not a career politician only selected by a party to increase their numbers.

"In the case of George Galloway, he is little more than a political opportunist desperate to remain in the limelight to keep his Z-list celebrity credentials intact."

UKIP Leader Nigel Farage said: "Sonja is a first class candidate who knows that patch like the back of her hand.

"Voters have become fed up with the empty promises of the so-called big three parties and are increasingly looking elsewhere.

"UKIP is slowly and surely building up a credible reputation in local politics and giving the others a run for their money.

"Remember it was only last year that we came second in the Barnsley by-election to Labour, polling more votes that the Conservatives and Liberal Democrats combined."

Sonja McNally has been selected to fight the Bradford West by-election for UKIP.

She is a local in the Bradford West constituency, is a mother of two and is involved in local schools, volunteer and charity work.

She has stood for several years for the Heaton ward, in the constituency.


“Sonja is a first-class candidate who knows that patch like the back of her hand.
Voters have become fed up with the empty promises of the so-called big three parties and are increasingly looking elsewhere."


Upon hearing George Galloway may stand, Sonja hit back:


“Bradford West deserves an MP that cares about the area, not a career politician only selected by a party to increase their numbers.


In the case of George Galloway, he is little more than a political opportunist desperate to remain in the limelight to keep his Z-list celebrity credentials intact.”
http://www.yorkshirepost.co.uk/news/at-a-glance/main-section/big-brother-george-galloway-in-bid-to-be-bradford-mp-1-4315091
Posted by Jamie Illingworth at 19:43 1 comment:

"Bradford West MP Marsha Singh is to retire from Parliament on medical grounds after he became critically ill and needed internal surgery."

We at UKIP Bradford hope that Marsha gets well soon and wish him good luck for the future.
Posted by Jamie Illingworth at 07:18 No comments: